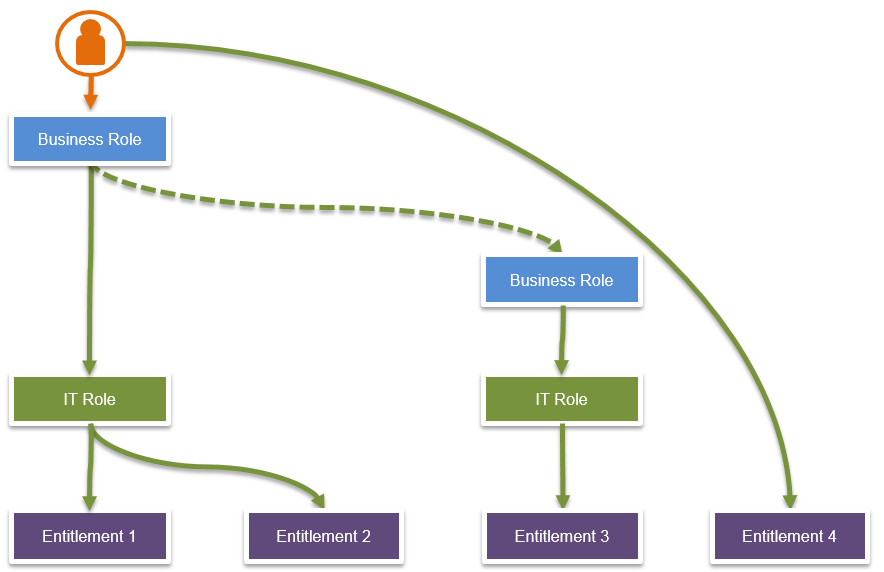 SailPoint IIQ maintains a hierarchical role model which consists of Business Roles, IT Roles, and Entitlements:

Roles can be requested manually, or they can be configured to be assigned automatically via an assignment rule. To allow for more flexibility, roles can be related via required, inherited, or permitted relationships. Alternately, entitlements may be assigned directly to an identity rather than being mapped to a role. 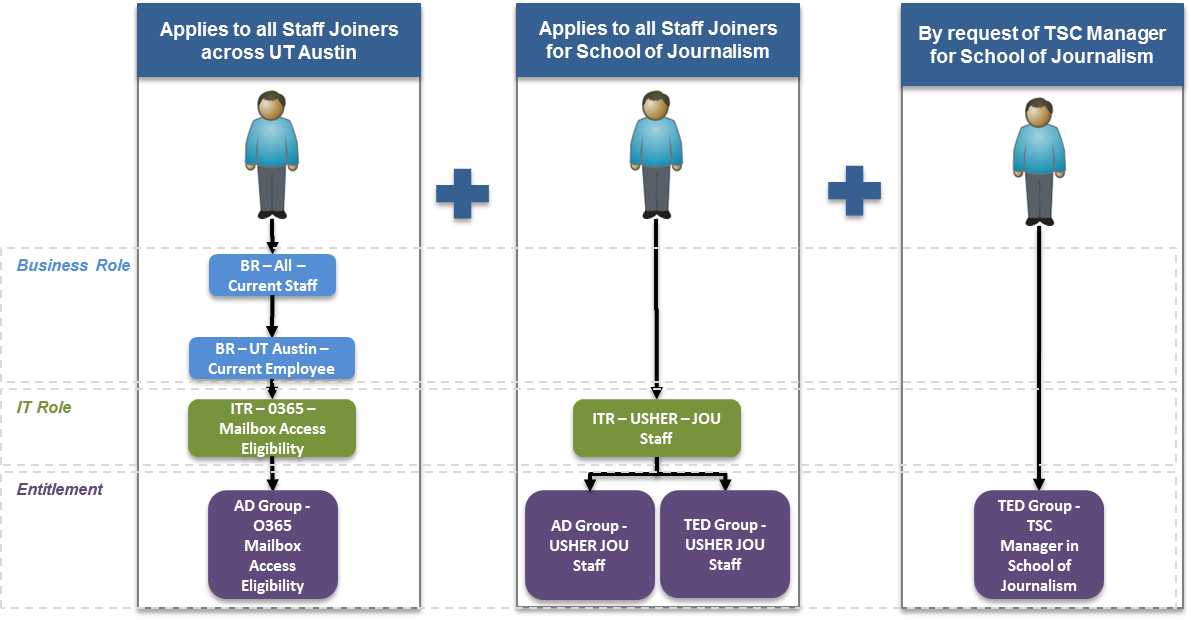 Figure 2 above represents a new hire staff member at the School of Journalism in the Moody College of Communication. The diagram illustrates how multiple roles or entitlements can be automatically assigned to the identity based on business rules or via an access request.

Was this useful?
Thank You! Your feedback has been submitted.